Courtesy of The Daughter 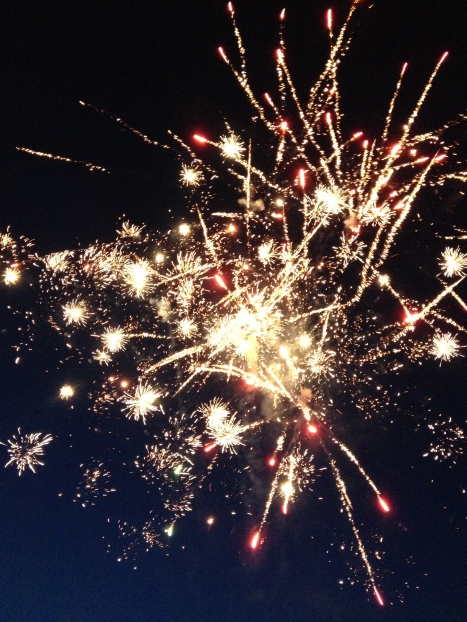 If it doesn’t rain tomorrow night, I’ll gather with friends for a barbecue and fireworks display. Everyone will bring a dish to share, which means that I’ll find at least one new recipe that I can’t live without.

What will I contribute?  Appetizer, snack, side, salad, or dessert?  Last year, I took Red Velvet Cupcakes, reflecting the patriotic colors.    Although the grilling will be continuous, the food, wisely, is served indoors, but, since the event lasts from the dinner hour until the last rocket explodes after dark, I want to take something that holds up. Mayonnaise spoils easily.  Salad wilts after it’s dressed.  What could be more American (U.S., I mean, with apologies to my friends in Canada and the rest of the Western Hemisphere) than corn?  The other hemisphere may think of it as fodder for animals, but we know how scrumptious it is in so many different ways.

With friends, we once rented the cooking school LaVarenne at Château du Feÿ in Burgundy for a grand week of eating, cooking, and drinking wine with four other couples.  One evening, the doyenne herself, Anne Willan, invited us for a glass of wine and tour of the grounds.  She showed us the gardens and told us that when she instructed her French gardener to plant sweet corn, he was appalled to learn that they intended to eat it.  Happily, as food missionaries, they converted the Frenchman to eating corn! 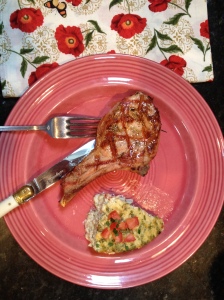 So, I think I’ll make this savory corn pudding, which works wonderfully with grilled food.  Over the years, I’ve adapted several recipes into this one.  In its most elegant version, I make a sauce and garnish with okra, which won’t work for a barbecue buffet, but the spices in the pudding make it appetizing, even at room temperature.  I use Silver Queen corn, which makes my pudding a creamy color with bright spots of red bell pepper, tomato, and green herbs but golden yellow corn works, too.

Preheat oven to 350°.  Butter a 2-quart round or square baking dish; set aside.

In a medium skillet, melt butter over medium heat.  Add onion and sauté until soft.  Stir in 2 cups of corn kernels, lower heat and cook for two minutes.  Remove from heat and set aside.

In a blender, blend together eggs, half-and-half, sugar, nutmeg, cumin, ground pepper, cayenne, salt, lime juice, and remaining one cup of the corn kernels until smooth.  Stir in bell pepper, parsley, and cilantro. 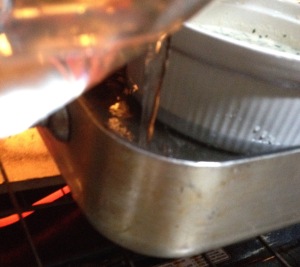 Pour hot water into pan underneath the casserole dish.

Bake in the preheated oven for 1 hour and 15 minutes, until almost set (meaning that the center barely wiggles).  Remove from oven and leave in the hot water.  Let sit for 15 minutes, during which time, the center will finish cooking.  Garnish with chopped tomato and chives.