What did you do today?  The Daughter and I returned Atlantic green sea turtle hatchlings to the sea from the beach of our hotel in Cancún, México.  Known in Spanish as tortugas blancas, the adult females return to the same beach every year to lay their eggs in the soft, white sand.  Under the supervision of the Mexican government’s Ecology Department, trained members of the hotel staff remove and rebury the eggs in a fenced enclosure until they are ready to hatch.  They are then brought down to the water and volunteers, mostly hotel guests, are instructed on how to pick up the hatchlings and set them in the waves.

At sunrise this morning, I happened to see several sites on the beach that looked like turtles had made the trek onto the sand and laid eggs while I slept.  Indeed, the hotel staff came and excavated one right in front of our balcony.  The eggs appeared to be at a depth of about two feet.  Overhead, frigate birds circled, waiting for the chance to snatch the leathery-shelled eggs. 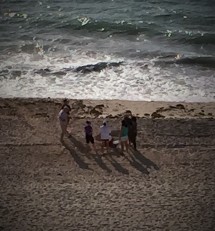 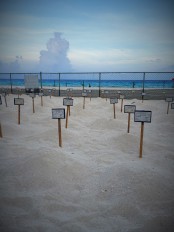 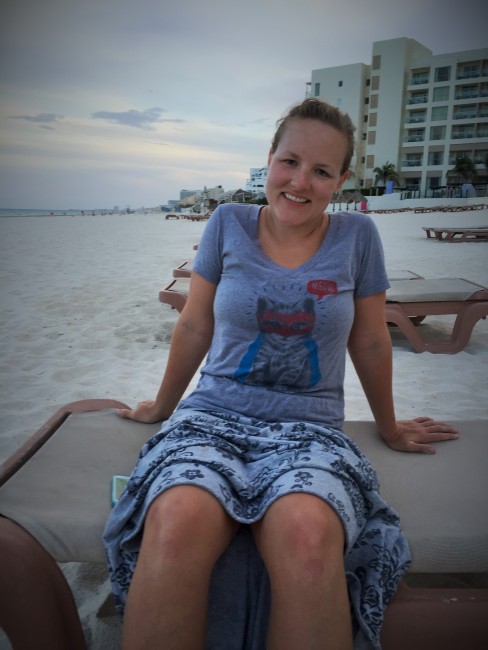 At sunset, we lined up to release approximately 500 hatchlings.  It was poignant to watch them hustle their way into the sea and disappear, knowing that the odds of their survival to adulthood is slim.  I released about half a dozen, ensuring that they swam strongly into the darkening water.